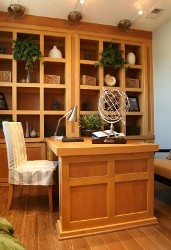 Home builder confidence dropped to its lowest reading in nine months,  and fell below the benchmark of 50, which indicates that more builders are pessimistic about current market conditions than not.

Severe weather was blamed for the lower builder confidence reading, which fell below the expected reading of 56.

The Department of Commerce also cited extreme winter weather as a cause for the drop in housing starts, which reached their fastest pace since 2008 in November. There is some good news. Economists said that housing starts delayed during winter could begin during spring.

Existing home sales fell by 5.10 percent in January according to the National Association of REALTORS®, which reported a seasonally-adjusted annual rate of home sales at 4.62 million sales against expectations of 4.65 million and December’s reading of 4.87 million sales of pre-owned homes. The national average home price rose to $188,900, which was 10.70 percent higher year-over-year.

Next week brings a series of economic reports and opportunities for good news. The Case Shiller Home Price Indices, FHFA Home Price Index will be released. Consumer Confidence and the University of Michigan’s Consumer Sentiment report along with New and Pending Home Sales reports round out next week’s scheduled news.

This site uses Akismet to reduce spam. Learn how your comment data is processed.