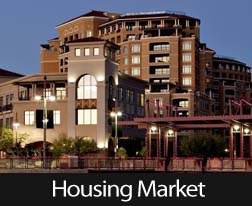 The holiday season and winter weather slowed home sales in November. Last week, the NAR reported that sales of existing homes had slumped to their lowest level in nearly a year, but this was not unexpected.

Short supplies of available homes and rising mortgage rates have increased pent-up demand for homes have kept some buyers on the sidelines.

Improvement In The Labor Market

Lawrence Yun, chief economist for NAR, described the slow-down in sales as a “clear loss of momentum.” The outlook for 2014 is better, as analysts expect continued improvement in the labor market.

The pent-up demand for homes will ease as homeowners begin to list their homes for sale as home prices increase. Mr. Yun also noted that prices for existing homes are increasing at their highest rate in eight years.

The national median home price of existing homes rose to $196,000 in November, which represents a year-over-year increase of 9.40 percent. There was a 5.1 month supply of previously homes available at the current sales rate.

While home builder confidence is up and recent labor reports indicate improving job markets, the Fed’s decision to taper its quantitative easing program in January is generating some uncertainty as mortgage rates will likely rise as the Fed winds down the QE program.

This site uses Akismet to reduce spam. Learn how your comment data is processed.